"An investment in knowledge pays the best interest"
-Benjamin Franklin, 1758

We encourage continuing education, self-reflection, and wellness to build cultural sensitivity and strengthen inclusion in our community. Listen Deeply is designed as a self-guided tool to deepen one’s individual understanding of diversity, equity, and inclusion (DEI). We have created resources to guide our training and growth in cultural awareness as members of the Penn Community. These resources utilize literature, video, and podcasts, as well as provide information on additional trainings and workshops.

Unconscious bias affects each and every one of us, however the power to change this also starts with each of us.

“Inclusion starts with I”

Courage, compassion, and awareness are three words Melanie
Hobson uses in this TED Talk to describe the fight to bring racial
justice and equality to everyone. She combines personal stories with statistical evidence to eloquently describe the challenges of growing up as a minority and the benefits of having a diverse workgroup. For a better future, Hobson challenges us to become color brave, not color blind, and embrace racial conversations to ultimately create an atmosphere where every individual can thrive.

In this TED talk, Verna Myers challenges us to look within ourselves at our own attitudes and biases in order to reform our images of young Black men. She asks us to reset negative, unconscious associations with Black men and offers three actions to build positive associations. First, we can intentionally familiarize
ourselves with images of accomplished Black men throughout history, building within our subconscious an implicit positive association with Black men. Second, we can take inventory of our own community of friends and associates, considering opportunities to develop or build genuine relationships with Blacks. Lastly, we can face the discomfort and bravely accept the challenge of speaking up when others voice their racial prejudices, especially when these prejudices are spoken within our own families of children.

In this article, Richard Byyny describes behaviors that have allowed us to create shortcuts for day-to-day neuronal processing, yet come at the cost of developing bias, be it conscious or many times unconscious bias. He connects these biases to other well-known terms like stereotyping, explaining how they underline our actions and thoughts. Notably, he highlights ways to become aware and self-reflect to correct the biases underlying our neuronal networks. The strongest action that we can take is to educate and test ourselves on these ideas, developing a conscious awareness of failures to be inclusive and promote diversity. “We can all work to educate others—colleagues, students, leaders, —that unconscious bias exists, and that it has detrimental unintended consequences.... (Yet it is) malleable and can be changed by devoting intention, attention, and time to develop and learn new associations.” 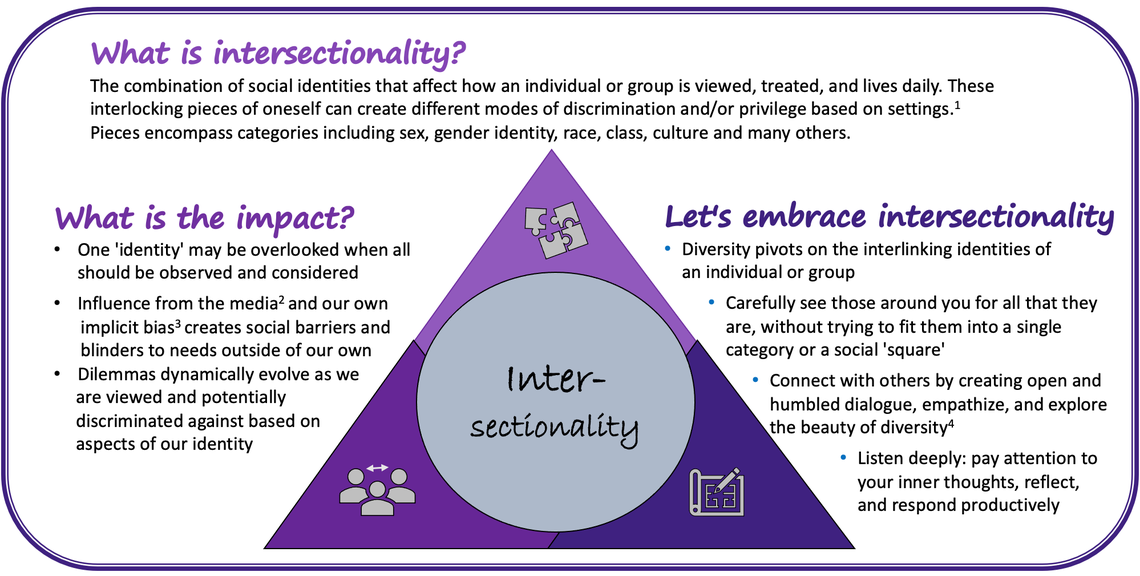 #RaceAND | Arielle Newton
#RaceAnd​ is part of a video series exploring the many ways that race intersects with other issues faced by people of color. In this video, Arielle Newton introduces aspects of her identity as a Queer, Black, college-educated, cis, woman and how it informs the ways that she navigates the world. She is directly committed to racial injustice through her own intersectional lens and highlights these differences for advocating. ​Each video features a different artist, activist, or thinker, sharing their experience on how race intertwines with their other identities to impact their lives both personally and systemically.

The urgency of intersectionality | Kimberlé Crenshaw
It is critical to look at the reality of biases and harm that can be introduced by the intersections of race and additional aspects of one’s identity, such as gender. Kimberlé Crenshaw1 coined the term "intersectionality" to describe this phenomenon. She explains that if you're standing in the path of multiple forms of exclusion, you're likely to get hit by both. Here she calls on us to bear witness to intersectionality around us and speak up for victims of prejudice who are often dismissed, overlooked, and ignored by our society.
1Jane Coaston. “The intersectionality wars.” Vox, 28 May 2019

Intersectionality will save the future of science | Shawntel Okonkwo
Shawntel Okonkwo, a molecular biologist, talks about factors that define intersectionality and its real-world impact, with a focus on STEM (science, technology, engineering and math). She emphasizes the importance of centering intersectionality in STEM fields to advance science and who it serves. Toward this goal, she highlights the importance of questioning the influence of systems of power, systems of privilege and the ability for solutions to withstand the passage of time. 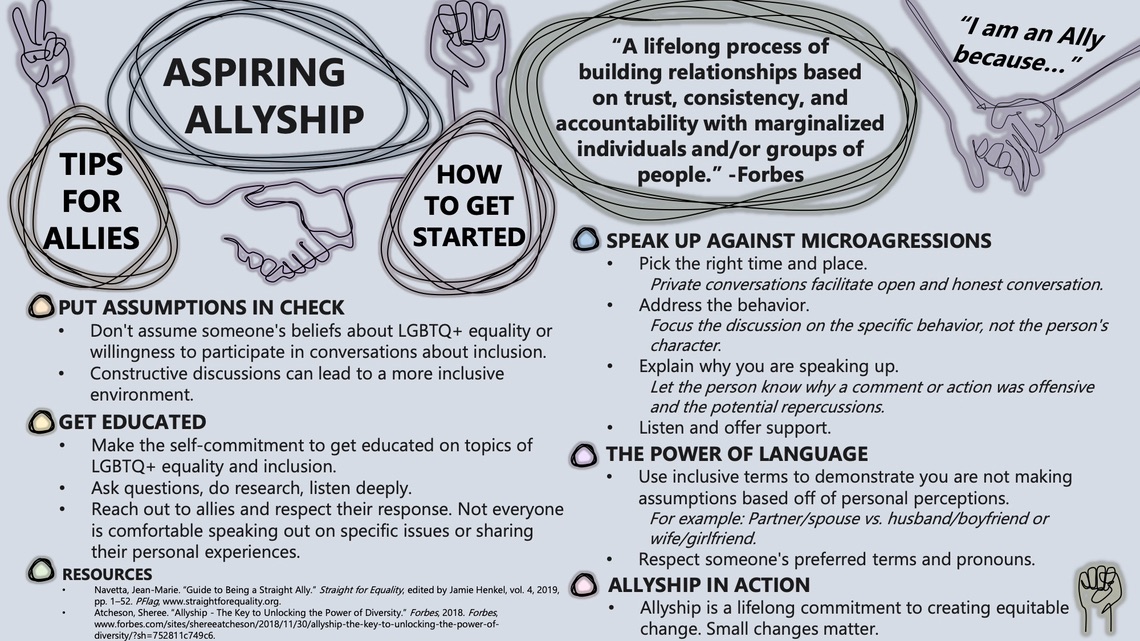